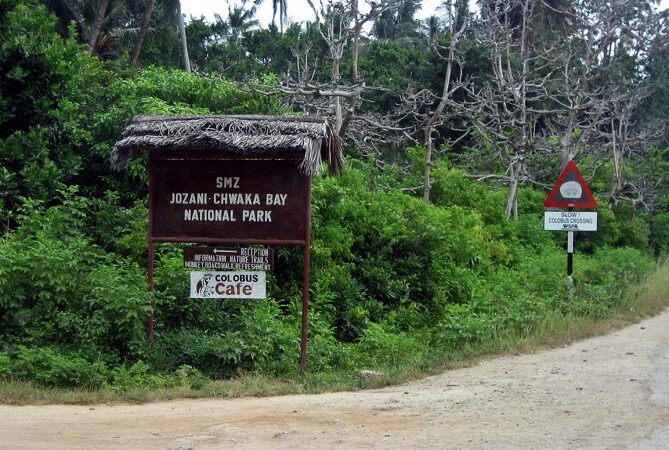 The Jozani forest once covered much of the central part of Zanzibar and lies between the Chwaka bay in the north and Uzi bay.  The area is prone to flooding in the rainy season which gives rise to a unique swamp forest and a large moisture-loving trees, palms, ferns and high water table which give the forest a cool and tropical feel. On the high ground to either side is dry coral rag forest and thicket with mangrove forests.

Jozani Chwaka bay national park on Zanzibar Island in Tanzania was first declared a forest reserve in 1960 and later gazetted into a national park in 1984. Jozani forest used to be the main hunt of the Zanzibar leopard, harbors about 100 tree species, 291 plant species and various wildlife species including kirks red colobus monkeys, aders duiker, African civet, elephants, sykes monkeys among others. Jozani forest is also one of the best birding destinations in that is harbors various bird species including the African goshawk, mangrove kingfisher among others.

This is an exciting activity which gives you an opportunity to explore the park on foot. There are various trails in the forest which you will follow with an experienced and trained guide who is well conversant with the forest and wildlife. During the nature walk you will visit mother mahogany a tree that is over 200 years old, view other tree species, butterflies in the forest, primates like sykes monkeys, red colobus monkeys, animals like aders duiker, leopards if you are lucky among others. You will also feel the cool breeze, breath fresh air and relax your mind in a quiet environment during the guided nature walk. During the guided nature walk you can walk through the mangrove boardwalk which begins under the shade of an old tamarind tree through the forest in the sea where you will see a nursery ground for tropical fish which are seen feeding in the shallow waters, whilst crabs and molluscs feeding on the mud.

Wildlife viewing in Jozani Chwaka national park is nothing but memorable. The park harbors some wildlife species which are viewed during your safari in the park for example the elephants, red colobus monkeys, aders duiker, African civet, sykes monkeys, dolphins, sharks, tuna, marlin, different species of chameleons among others which will make your safari interesting. 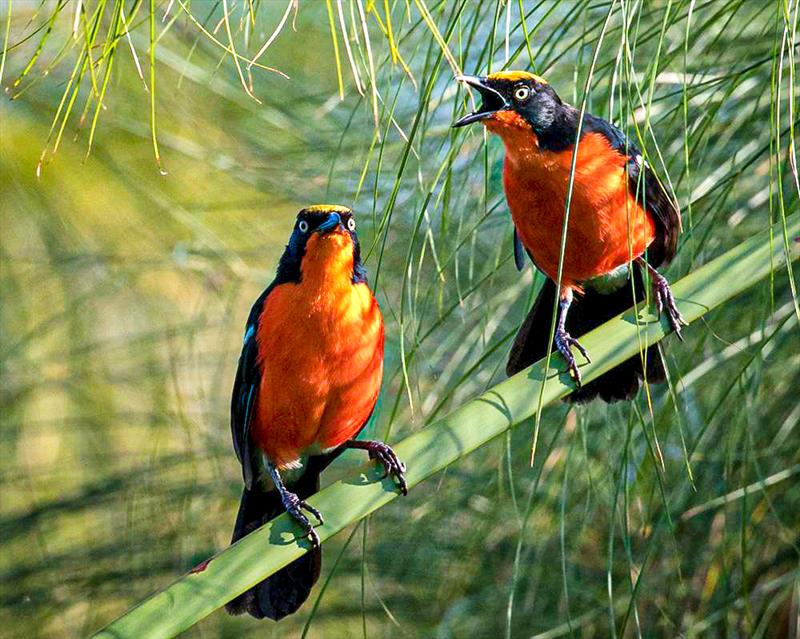 Jozani Chwaka national park on Zanzibar Island in Tanzania can be visited anytime of the year though the best time is during the dry season in the months of June to September and December to February. During the dry season there is less rainfall in the park which enables you to clearly view the wild animals because there will be short grass and shrubs in the forest. Also during the dry season the nature walk trails will be dry and passable compared to the rainy season when the trails are muddy and slippery.

There are various accommodations near the national park where you can stay during your safari ranging from luxury, midrange and budget. The lodges include Filao beach Zanzibar, Maars resort, Zan oceans resort, Menai bay beach, Zanzibar bay resort, Hotel Elegante Zanzibar, Coconut tree village beach resort and many others.

Getting to Jozani Chwaka national park.

Jozani Chwaka bay national park on Zanzibar Island in Tanzania can be accessed on a self-drive, public or private means of transport and the distance from stone town to the park entrance is about 35kilometres.