Serengeti National Park is a Tanzanian national park that is famous for its wide variety of wildlife species- not forgetting its large population of wildebeests which migrate annually from the park to Masai Mara national park in Kenya and back. Every year, over 1.5 million white-bearded wildebeest and 250,000 zebra migrate from the park to Masai Mara national park. The park also has a large concentration of Nile crocodiles and honey badgers. The annual wildebeest migration in Serengeti attracts lots of tourists from around the world.

Serengeti is the focal point of the Serengeti Ecosystem which is twice as large and includes the neighbouring Ngorongoro Conservation Area and Masai Mara National Reserve in neighbouring Kenya.

The national park covers a total surface area of 14,750 square kilometres. It was first established as a partial game reserve in 1921 by the British colonial government majorly to protect its remaining lion populations that were being poached. Later in 1929, its status was elevated to a full game reserve. Serengeti was declared a national park in 1951 and receives over 350,000 tourists visiting the park every year. Serengeti national park is governed by Tanzania National Parks Authority (TNPA).

The park derives its name from the Maasai word ‘siringet’ which means ‘the place where the land runs on forever.’ Serengeti national park is a very popular among international clients on safaris in East Africa. Serengeti in Tanzania is home to over 3,000 lions, 7,500 hyenas, 250 cheetahs, 500 bird species and more than 1.5 million wildebeest.

The park gained a lot of fame in the 1950s after Bernhard Grzimek and his son wrote a book on the national park and subsequently produced a nature documentary film called ‘Serengeti Shall Not Die.’

In 1959, the British colonialists evicted the native Maasai people from Serengeti national park in order to preserve wildlife in the park. They were then settled in Ngorongoro Conservation Area; although the move is said to have had a lot of political controversies attached to it.

The park lies in northwestern part of Tanzania. Serengeti is bordered to the north by Masai Mara national reserve in Kenya. The national park also borders Ngorongoro Conservation Area in the Southeast, Maswa Game Reserve to the Southwest and to the west are the Ikorongo and Grumeti Game Reserves. In addition to this, Loliondo Game Reserve borders Serengeti to its the East and Northeastern parts. All these areas makeup the Serengeti ecosystem. 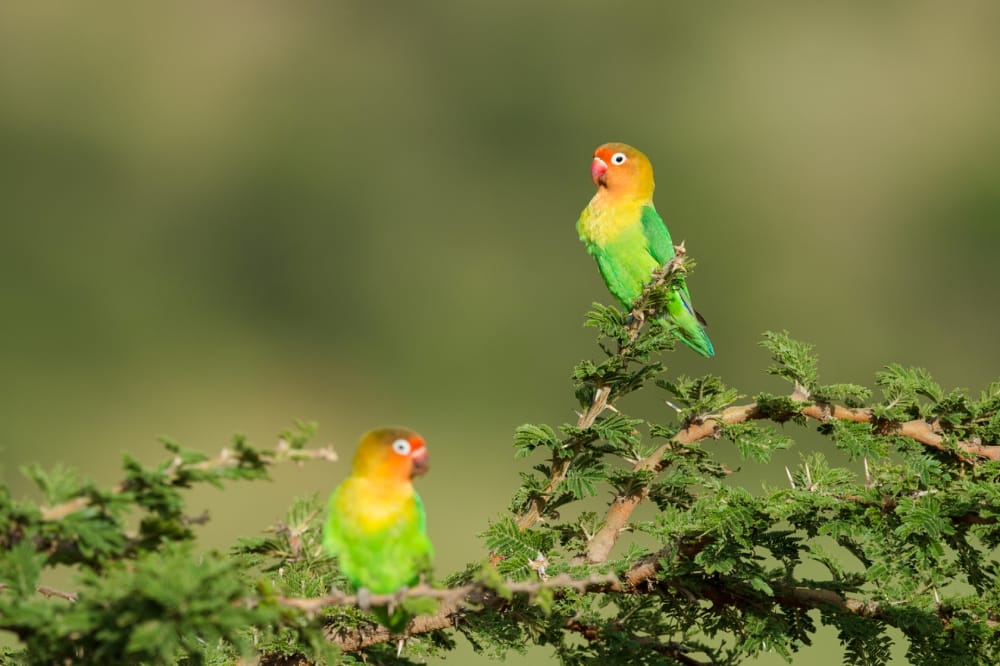 Guided game drives in Serengeti national park are mostly conducted in the southern part of the national park. The almost treeless savannah grasslands of the south are the most emblematic scenery of the park. Visitors can view lots of wildebeests roaming this part of the park between December and May. Other wildlife viewed in the plains include; hartebeest, topi, buffalo, waterbucks, zebra, gazelle and impala to mention but a few. The northern part of Serengeti national park is largely dominated by open woodlands and hills- ranging from Seronera in the south to the Mara River on the Kenyan Border. This part of the national park is the best for visitors to view wildlife like; elephants, giraffe and dik dik. 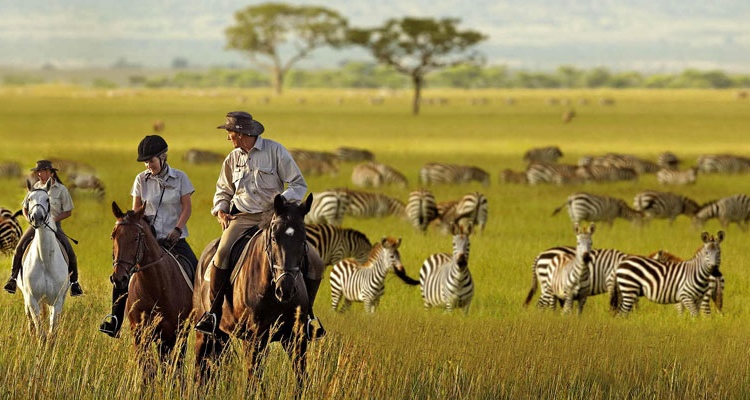 Cultural encounters in Serengeti national park are a must for any tourist visiting the national park. You just can’t pass on the opportunity to come face-to-face with the famous Maasai people. You will be able to interact with these friendly locals, take a tour of their homesteads and learn a lot about their unique culture. Take part in the tradition Maasai dance and buy a few handcrafts that have been made by the local women in the community.

Other activities offered in the national park include; guided nature walks and hot air balloon safaris.

How to Get to Serengeti National Park.

Visitors can get to Serengeti national park in Tanzania by either road or air transport means. The nearest airport to the national park is Kilimanjaro international airport that is located in Arusha. You can always book a flight on Kenya Airways and fly to Kilimanjaro airport. Once you land at the airport, one would need to charter a domestic flight to one of the airstrips in the park or hire a car and drive to the park. By road, it takes about 7 to 8 hours to get to Serengeti national park from Arusha. Although the distance is long, travelers are rewarded with amazing scenery.

Conclusion: It is no wonder that Serengeti national park has been named the best national park in world by Trip Advisor. If you are visiting Tanzania, you just can miss out this national park for the ultimate wildlife experience in the East African Region.